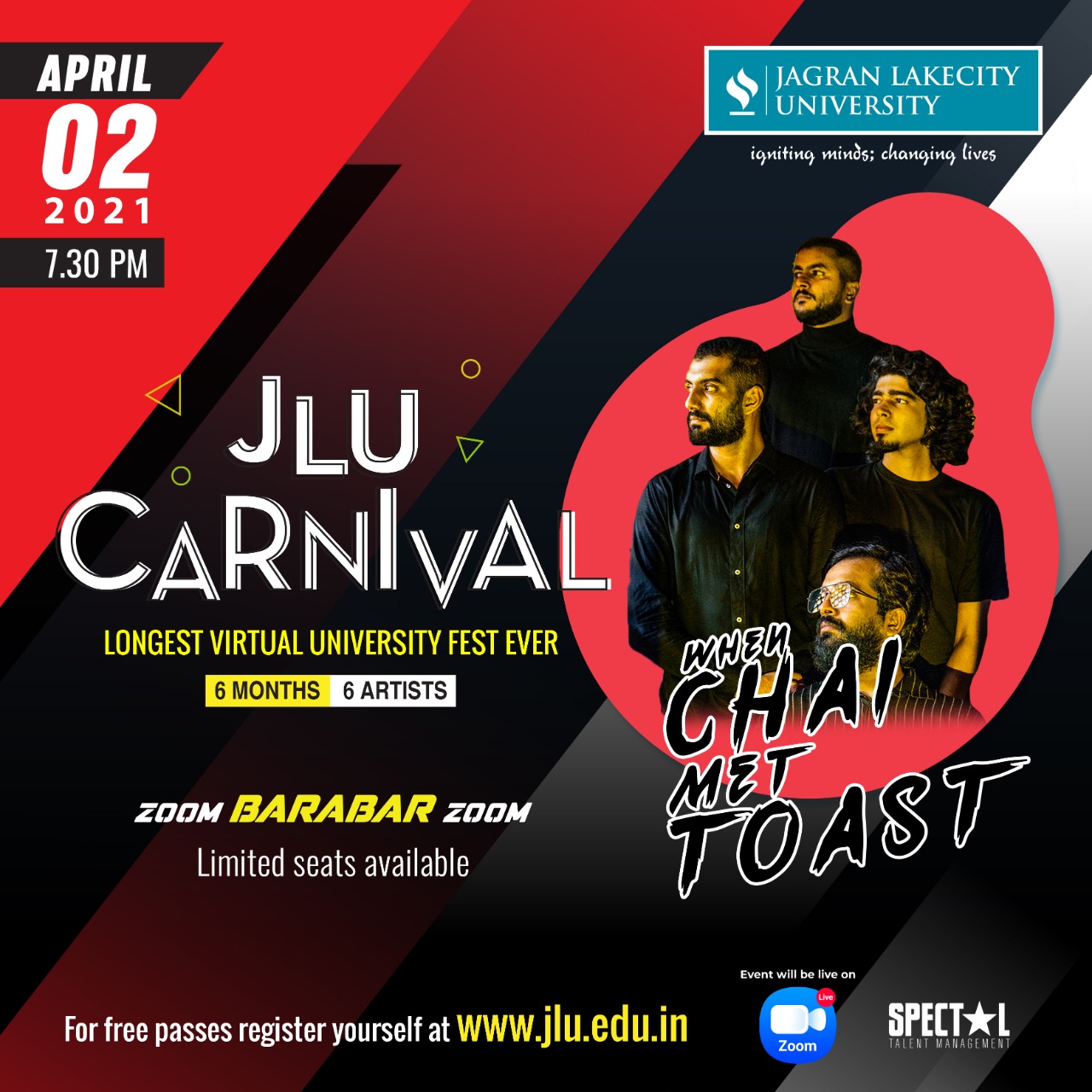 We are happy to announce the launch of JLU Carnival – The longest Virtual Fest by any university ever. Yes! It is the loooooongest fest because, during the next six months, we at JLU will host six artists to perform and have light-hearted, humorous virtual zoom sessions.

The first performance in this series is by a young yet famous band ” When Chai Met Toast”. The five-year-old band’s first album was Joy of Little Things in 2017. The band has more than 2 million followers on YouTube and more than 2.5 lakh followers on Spotify. In the short time that the band has been around, it has earned a loyal fan base for itself with the honest and happy music they make.

The band of four is coming to perform at JLU Carnival on 2nd April 2021 at 7:30 PM. Since the seats are limited, we would like you to hurry and register for the show using the link.

We know that you do not want to miss the session, so get ready for a musical evening with When Chai Met Toast.